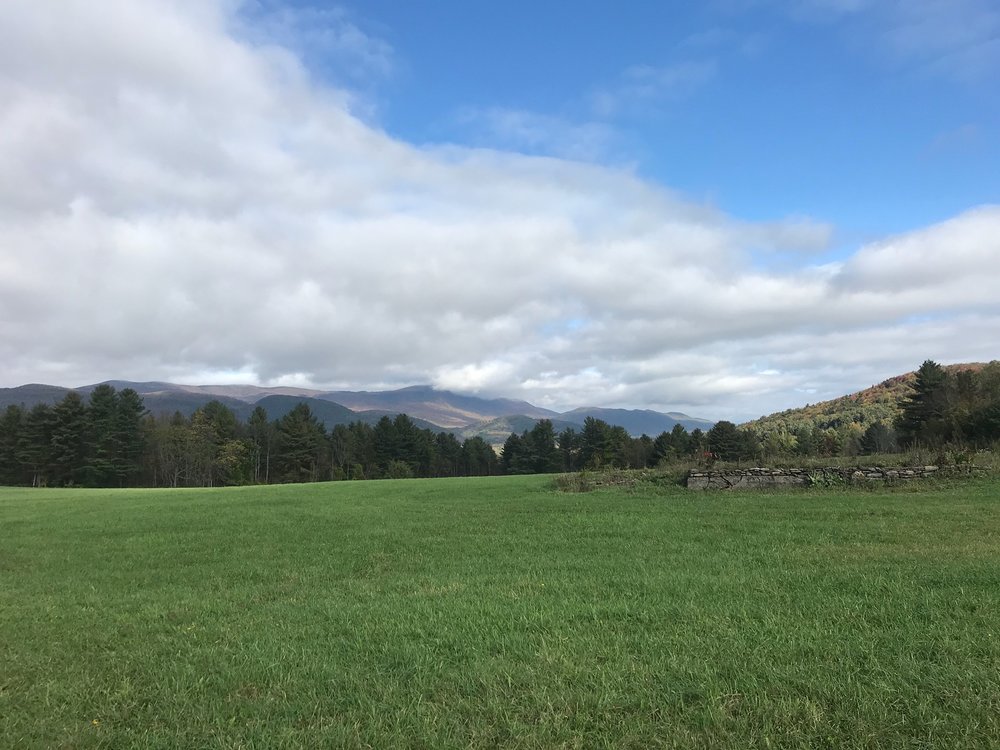 Towards the end of October of 2017, the weather was still clear and warm enough to hike. Zach decided that he would hike from Cheshire, MA to Dalton, MA. It would be approximately 6 miles and would give him an opportunity to hike in another state.

I have three favorite rides in the United States:

3) Route 146 in Rhode Island to Albany, NY via Massachusetts Turnpike

I was excited that our destination was along my third favorite ride, especially during October. The fall foliage is absolutely beautiful, and I would be remiss if I ever missed an Autumn in New England.

We started out around 7AM on a Saturday morning. It was sunny and you could feel the autumn crispness in the air. We drove for close to three hours and exited the Massachusetts Turnpike to drive north through small New England towns as the mountains of Western, Massachusetts started to rise in the distance. As we drove the back roads to Cheshire, MA we pulled over to an area that was especially beautiful:

About 10 miles later, we finally reached the town of Cheshire. The drop off point was across from the Post Office in the town. Zach programmed the pick up point into my cell phone map, and we hugged and kissed each other goodbye.  He ended up walking through a lumber yard and part of a neighborhood to get onto the trail. One of the things that fascinates me the most about the Appalachian Trail is that it goes through everywhere you can possibly imagine. Towns, neighborhoods, state parks, national parks, farmland, cow pastures, lumber yards, mountains, fields, streams, rivers, highways, dirt roads. I’m excited to see where I will be dropping/picking him up next.

In the meantime, I drove 6 miles south to Dalton and found a really cool coffee shop, Juice N’ Java, to hang out and get some work done. As a small business owner, this was the perfect discipline I needed to put a dent in he never ending pile of work. I’m encouraging Zach to hike more, so I can get get things checked off my to-do list. Call me selfish……   🙂

In only 2 and a half hours, Zach was finished with this part of the trail. Dalton, MA is a town that has really good cell service and Zach called me to pick him up. The pickup point was at the edge of town down a short dirt road. I was only a mile from the pickup point, and quickly got there within 10 minutes of the call.

Zach reported that this part of the trail was easier than Pennsylvania, but not as well marked. Fortunately there were no encounters with wildlife or with many people. He had climbed Weston Mountain, The Cobbles, and North Mountain. Zach changed out of his hiking clothes and we drove home. This would be the last hike on the trail for 2017.