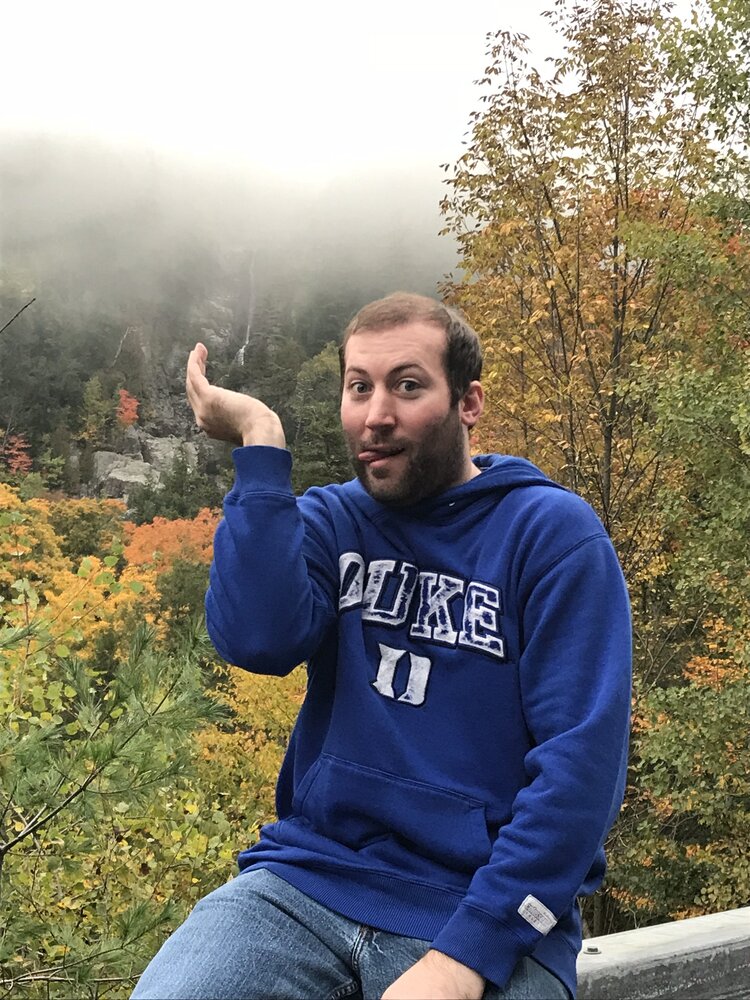 There is a video game called Skyrim that Zach has played. The soundtrack was unbelievable and one of the songs, “Far Horizons” was a song you just wanted to continue to listen to, especially if you were preparing for a long journey. You can listen to it here. I mention it in this post because 2018 was such an amazing trail year, and the music illustrates our experiences.

We ended the 2018 hiking season by taking a four day weekend in Massachusetts and New York. It was also our anniversary weekend and we wanted to celebrate by visiting a few places in upstate New York including The Wild Center. This was a nature center with a giant nest and spider web. Probably more for children than adults, we still went and channeled our inner child, which did not take much for me.

We drove to Vermont on the Saturday morning of Columbus Day weekend 2018. I dropped Zach off just over the border of Massachusetts in Vermont. The road was all dirt/rock, and as you can see, off the beaten path. There aren’t even roads recorded in this area on Google Maps.

While Zach hiked 6.5 miles on the AT, I went to the The Massachusetts Museum of Contemporary Art better known as the MASS MoCA. I thought I was going to absolutely hate this place, and I truly tried to. It is located in an old electric company. The whole feel of the museum is industrial and disjointed. After seeing many of the exhibits and having an “experience” or two during them, I was sold. As I write this, I can say this is now my favorite art museum so far in my life. I’ve included the pictures of the exhibits from the ones that truly made an impact on me.

After I picked Zach up from his hike, we drove to Lake George, NY. On Sunday we visited The Wild Center. Great nature center and they had a huge nest! Unfortunately with the large web, they had a huge spider too. As many of you know, I’m deathly afraid of these critters and lose my shit whenever I see them. This one was no exception! After The Wild Center we drove back to the hotel through a state park. Zach wanted me to take a picture of him with the waterfall. LOL.

We stopped for dinner at a small town diner with DELICIOUS food. I can’t remember the name, but the food was amazing! The following day we left to come back to Rhode Island. On our way back, I drove to the top of Mount Greylock to drop Zach off to finish the last part of Massachusetts. There was very dense fog that day.

Although our journey on the AT has come to an end for 2018, I am looking forward to writing about our journeys involving the trail and general travel in 2019. These trips will take us across the pond to Europe, Pennsylvania, Vermont, New Jersey, West Virginia, Connecticut, New York, and New Hampshire. They will involve Zach and I, as well as some other characters who have wanted to tag along. Another tidbit…..if you thought 2018 was amazing, just want until 2019!